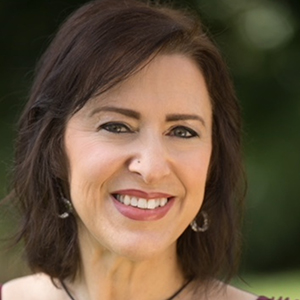 Many of us spend our entire lives ruled by what we were told to be as children.

Be quiet. Sit still. Stay in line. Be good. Do your homework. Do what you’re told.

Usually, we live with resentment at the way our parents raised us. Often, we have a nagging feeling that there is another life we could be living. If we’re lucky, we will start to question what we’ve been told. We will see that it is just a story, and that actually, before that story and now, we are infinitely free to be whoever we are called to be.

Even after such an awakening, we may spend years working to break through the conditioning we had accepted as ourselves, to allow our true self to step forward.

Or, like Freyja Inanna, there will come a point when we have had absolutely enough, and we will decide that nothing short of breaking through completely and reclaiming our full power and purpose will suffice.

Born into a fundamentalist Mormon family in rural Canada, Freyja (then, Christina) was taught to keep her head down and not raise her voice. At age 15, she entered into an arranged marriage as the second wife of a 25-year-old polygamist man, and joined his community. She spent the next 28 years raising 12 children in this marriage, and abiding by the repressive rules set for women, wives and mothers in the community.

First and foremost, was to “keep sweet.” Smile, be a good wife; don’t complain, don’t ask questions; don’t expect more of your relationship – or anything for yourself.

Despite these cultural norms, she felt a calling to be a healer, and made significant inroads into bringing this calling forward. She became a certified midwife, herbalist, aromatherapist, and reiki practitioner. She offered these services to her community with mixed reception, and was called a witch.

Then, one day, she attended a training to grow herself and her work, and something awakened inside of her – she got a taste of what the full power of God really felt like within, and the vast freedom, possibility, and Power she had inside of her. Returning back to her marriage and community, she couldn’t put away what she had experienced. She was permanently changed, and could no longer believe that she and her life were supposed to be so small.

So, she did the unthinkable: she left.

Left her marriage and the community. She met much resistance, including from some of her children, but what had awakened inside of her would not back down.

From that point on, as she followed her own truth and power, everything changed, and her life was set ablaze with magic.

Having spent years in a loveless, sexless marriage, she began writing with purpose and passion about the relationship she wanted and deserved, and what it would feel like to be in a loving, mutually honoring and respecting partnership. Two weeks later, she met her new husband, life partner, and partner in life purpose, Michael.

Soon after, Freyja reconnected with a family member who had undergone a massive transformation. Seeing pictures of he and his wife on Facebook, she saw radiance and power flowing through them, where there was once depression and closure. Freyja learned of a healing modality they had experienced to clear their conditioning, limiting beliefs, and blockages, and immediately set out to try it herself.

The results were nothing short of – explosive.

Having long been called to be a healer, Freyja had uncovered a modality for which she was uniquely and divinely suited to share with others – Integrative Orgasmic Healing. IOH applies deep sustained bodywork to specific pressure points that store physical, mental, energetic and emotional trauma to release adopted identity limitations and create space for a new reality to emerge. The results are transformative.

For Freyja, where once existed a quiet, fearful, obedient wife, has risen a powerful, soulful woman, purpose-driven healer, loving and sensual partner, and abundantly joyful mother. She prioritizes joy, pleasure and purpose as her divine birthrights, and as the gateways to living her calling on this planet.

And given where she came from, she has felt uniquely and perfectly called to help other women reclaim their true power through this work, as well.

At a time when women are coming forth to bare their repression to the world, and at a time when it is becoming obvious to most that this repression is, in fact, universal, the transformative power of this work for individual women and for our collective is immeasurable.

We are deeply honored to share Freyja’s story with you on this week’s Ownstream Podcast.