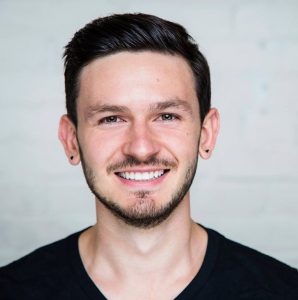 (NOTE: This conversation took place on March 24, 2022, but if you want to watch the replay, please use the “Join Us” link at the bottom of the page to register after which you will be given the YouTube rewatch link. All conversations in the “Our Bright Future” series are accessible on a “pay what you want” basis, so we invite you to inquire within yourself as to what you feel this content is worth to you and then, to share that with us as an exchange. Thank you & enjoy!)

There are a number of ways to identify the heroes of our times. We can sense the truth and power of what a person is sharing by how our body feels when we listen.

If Google has censored someone, that’s also a good sign that they are standing powerfully for the truth in a time of war for the hearts and minds of all.

In our experience, Joe Martino passes both tests.

In 2009 (way back when!), Joe started an independent media channel called Collective Evolution (CE) – a media and education company that sought to shift the consciousness of culture. CE was devoted to two causes at the heart of Joe’s own journey, and his understanding of what’s critical to heal our planet: personal transformation and journalism (and the intersection of the two).

Specifically, Collective Evolution has focused on current events, and how our collective patterns of thinking – passed down over generations – perpetuate those events and the systems they support. The thesis at Collective Evolution?: If we examine the core of our world views, beliefs and paradigms, and find a way to change them, that can create the change we want to see in our world.

And changing the frequency of our media is a powerful way to change our course.

In 2009, when Joe and his team launched Collective Evolution, they were way ahead of their time, talking about a host of events and theories labeled “conspiracies” by the masses, such as UFOs, political schemes, etc. Many in the mainstream poked fun against them on social media, but they nonetheless generated a devoted following, with over 100k subscribers on YouTube. 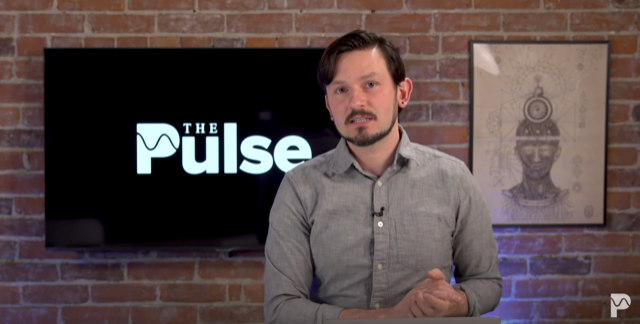 In 2020, the “conspiracy” channel that mainstreamers joked about suddenly became dangerous and worthy of a smear and censorship campaign by Google and its social networking counterparts. Anyone in our community can easily guess why. Collective Evolution was a bold and independent source of media, questioning the mainstream narrative about the “pandemic”, looking at discrepancies in the data and evidence that the circus was planned, at a time when truth had become the most dangerous word in town.

Collective Evolution was so slammed and suppressed by the mainstream channels that it was prevented practically from reaching any of its subscribers. At a certain point, Joe and his team were unable to reach more than .1% of subscribers with any post. To fulfill their mission, and continue to reach people with their independent media, they made a switch to a new channel, which they now call The Pulse.

The Pulse is the new house for all the independent media that Joe and his team published at CE, with an added bonus: given their experiences in 2020-2021, Joe and his team learned valuable lessons about how to navigate around the big arm of censorship, fact checking and shadow bans wielded by the mainstream media and social media titans. They took all of their values and created a new brand that has avoided censorship by big tech or the algorithm.

Joe and his team also took a big financial hit when Collective Evolution – a brand they had build for over 10 years – was squashed by the big guys (or, the “bad guys”, as Sofia – a big fan of superheroes – likes to call them). They realized that in the new world, it is time for new media and a new economy. They created a new membership platform called Connect for the media and programs they offered through Collective Evolution – an online community centered around free media and personal transformation that provides discussions, courses and live events to explore our world in a different light and shift consciousness.

Through it all, Joe and his team have remained on the pulse of media that the mainstream doesn’t want us to see, understand or feel. They were on the ground for the Canada freedom convoy, have presented powerful media on the dangers of self-censorship, and are posting counter-narrative media about what’s happening in the Ukraine, and much more daily.

At a time when we all recognize that frequency is key to change in our world, how vital it is to share and the frequency of truth.

In this interview, we plan to cover at least the following topics with Joe:

Inspired by those leading the shift to a new economy, we have piloted a new payment process with this interview series – specifically, asking our audience to pay whatever you feel called for this conversation, based on your appreciation and value of the work. Doing these interviews on an appreciation basis helps to keep the private and uncensored Ownstream Network platform open to all who are drawn to the information and frequencies shared without the classic payment wall, while honoring our, and our guests’, time and energy freely given in devotion to the truth, building the new earth, and sharing this work with as many as possible. Ownstream shares the donations received for all Our Bright Future interviews with each of our guests.

Once you register, you will be taken to a page containing the YouTube link where the live conversation (and replay) will be held. The YouTube link will also be sent to you in your order confirmation email.

Thank you, and we hope you will join us!