If something is wrong with anyone, look first to the stomach 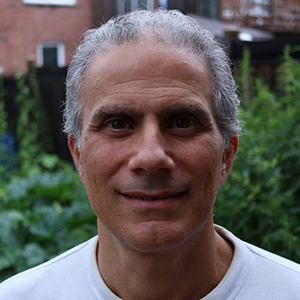 At the intersection of science, diet and the human body sits Gino Di Serio — a lifetime student of wellness and healing, and seeker of the keys to optimal health. If there was a diet or fast out there over the past 50 years, Gino tried it.

We first learned of his magnum opus — the Master Fast System (MFS) — via Bentinho Massaro. When Bentinho mentioned that he had done a short version of the MFS during a recent retreat, we got interested. We eat a fairly healthy plant-based diet, but it wasn’t always that way, and we have long been interested in fasting and cleansing as means to thoroughly detoxify the body and maximize health.

So, we ventured over to Gino’s site and began digging in. Upon finishing his lengthy and detailed “protocol” for an MFS (linked below), we realized we were on the precipice of reexamining yet another mainstream paradigm — one that we have always taken for granted. Namely:

Our body’s dependence on food and water.

We eat a vegan diet, and have long championed the successes of plant-based eating in preventing and reversing mainstream, chronic disease. But Gino goes much further. Eating itself is the problem, Gino says, and most of the eating we do creates obstructions in the body that are the root of all disease. That’s right — all disease. The body gets less than 20% of its energy from food, he says, and if we are conscious enough to tap into the vast reserves of energy around us, we will find we don’t need to eat at all, or certainly can eat very little, and much, much less than we generally eat today.

Gino credits much of his work to German health educator, Arnold Ehret and his simple and elegant formula for health, namely:

That is, the body and spirit have inherent, vital power. How strong and vital the body remains depends upon how many obstructions we introduce. Turns out that less food in general — and less of certain kinds of foods — creates less obstruction.

Having experimented the length of his life with many types of fasts and diets, Gino drew together the best of the lessons he learned from his study and experience to develop the Master Fast System two years ago. The MFS is a clear, rigorous path to clearing the body of obstructions — obstructions created by our body’s response to the toxic foods and liquids we consume, and other toxins in our air, water and environment.

Specifically, the MFS involves drinking grape juice with lemon juice throughout the day (2-3 quarts total), periods of dry fasting, daily enemas, detoxifying and clearing agents (psyllium husk powder, activated charcoal and bentonite clay) and a healthy dose of herbs to support the body as it clears itself of its debris.

After the fast, Gino helps people to discover a new and more optimal relationship to food to keep their bodies clean and free of obstructions moving forward. In fact, many people who undertake the full MFS radically simplify their diets afterward in order to eliminate or vastly reduce heavy mucus forming foods such as meat, dairy, grains, fats and even some fruits and vegetables.

In this interview, Gino lays out a distinctly different paradigm from the ones even we are used to about health, the human body and optimal intake. We cover the vast array of fasts and diets Gino has experimented with over the years, and how it all led beautifully to his developing the Master Fast System. We also discuss why it is so urgent for people to clean out their bodies, and the radical turnarounds Gino has seen when people undertake a full MFS (108 days).

This conversation is certain to challenge your notions of health, diet and nutrition. It did ours! Five days now into our own brief experiment with the MFS, we feel great and are excited for the journey. Keep an open mind, and you just might find that anything and everything is truly possible.

(NOTE: If doing an MFS interests you, we suggest you carefully read the MFS Protocol by clicking the link below the episode. Gino is very clear that the entire protocol must be followed for safety and effectiveness.)